The Land Developer’s money is tied up because an ILOC* was used to secure the township instead of a Subdivision Bond. It’s not too late to fix this critical error! (Why an error?)

Here’s how to do it:

There once came a Irish warrior from a family of mariners.  He lived in an ancient time, a time of struggle. (Celtic music) 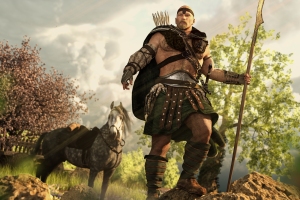 Gaelic nobles were the landowners of this era.  It was their mission to develop and improve the region by use of their special skills.  But an impediment arose.  The ILOCs came to prey on them – savaging the noble’s efforts to expand their estates.
And so Lynch was summoned home from the sea.  The storied fighter donned his battle gear and the hunt commenced.  He pursued the ILOCs from the Hill of Tara to Newgrange.  He brought them destruction.
Some nobles were in the clutches of the ILOCs, no hope of escape. Lynch’s iron spear came to bear, vanquishing the oppressors!
The nobles flourished under the protection of Lynch’s shield – and a defense against future ILOC attack was mounted.
Thus is the Irish tale of “Lynch the ILOC Slayer!”
Is this a true story?  Could it be based on fact?  The answer will be revealed…

Ever wonder why a surety bond underwriter asks you for new business? 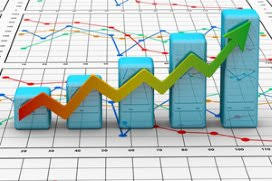 FIA has been writing Site/Subdivision, Bid and Performance Bonds for over 40 years.  We are “A” Rated and having an excellent 2020!

“Can we help you with any new business?”

Maybe you don’t need to be a super expert on Surety Bonds. But you don’t want to be intimidated by the word either… 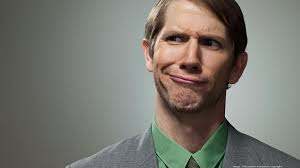 You can fix that now with our FREE CE program! FIA Surety is a bonding company that has specialized in Site, Subdivision and Contract surety since 1979. We’re also an approved Continuing Education provider.

It’s not too late to register for our 10/1/20 free webinar worth 3 CE credits in NJ, PA, SC,FL, TX and TN. The subject is Understanding Site and Subdivision Bonds.

Don’t miss out. Learn how to spell B-O-N-D-S and more. The classes are a free service of FIA Surety. No exam. Take the Zoom class from your home or office computer.

Abe Lincoln said it.  And it’s mostly true.  But here is one time when it really does make sense to “Change Horses In Mid-Stream!” 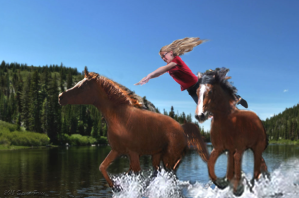 When Developers and Home Builders start a new project, they give security to the city or township guaranteeing the construction of public improvements (streets, curbs, lights, water, sewer, etc.) The security may be in the form of cash, a bank issued irrevocable letter of credit (ILOC), or a surety bond.

They’re all the same to the township, but there are huge differences for the contractor. The most obvious is the loss of use of their funds. How long will the money be tied up? It can take much longer than expected to get these obligations released (the township is in no hurry!)

If a dispute arises and cash or an ILOC was used, the township just takes the contractor’s money.  It’s all over.  With a surety bond, there is a discovery process through the claims department.  The contractor has input and may affect the outcome.

So, back to the horses.  For clients that have already posted cash or an ILOC, they can swap it out with a surety bond!  Get their money back. Gain more control. Protect company assets.  Put the cash to good use!

How to start? Call FIA Surety.  Since 1979, we have been a steady provider of site and subdivision bonds.  We do little $20,000 site bonds for commercial property owners and have written multi-multi million dollar subdivision projects.  Come to the experts to swap in a surety bond, or to write a new project. We get them done!

Read expert analysis: Why Surety Bonds are the way to go here.

How it started: “Hi Steve, I have a strange scenario I hope you can help me…”

Our agent had a performance bond client established with a surety and the SBA program.  They needed a P&P bond for a municipal project and the surety demanded payment in advance.  The client could not comply.

The award and notice to proceed were issued and the contractor commenced with the work – but the obligee forgot about the bond, until now. The contract is completed but the client cannot receive their final payment until they file a maintenance bond.  Due to weak credit, the surety is refusing to issue unless they add additional indemnitors.  The job is finished: DUH!

We gathered a file and asked for a status inquiry form from the obligee (to confirm the degree of completion and obligee’s satisfaction with the project.)  The contractor passed along the form, but the project manager refused to complete it, stating he “never saw one of these before.” DUH #2!

We made contact with the township engineer and after a friendly conversation, were able to verify everything was OK and they promptly completed the form for our records.  We evaluated the bonding requirements and determined that the Performance bond form contained an 18 month maintenance clause (no separate maintenance bond), so the P&P bond was still needed.  FIA Surety issued it, and with no SBA support or additional indemnity required: TA-DAH!

Making TA-DAH moments for our clients since 1979.

FIA Surety is First Indemnity of America Insurance Company, a provider of Site, Subdivision, Bid and Performance Bonds since 1979.  Call us when you need a surety bond!

Through our accredited FIA Surety School, we offer continuing education courses for insurance agents.  These courses are provided free of charge, a service of FIA Surety. You can participate in these teleconference sessions from the convenience of your home or office computer.  Meet the school director.

Use the registration form below and join us for the next FREE CE webinar!

We are an approved CE provider in these states:

To attend our webinars, please complete the form below and we will send you a confirmation email. Please register at lease five days before the scheduled class date.

Thanks for submitting your registration.

Congrats to the kids!!  They finally made it.  Now its their time to move on and move up.  What about contractors in the SBA Bonding program?  Is it their time to graduate?

The SBA program is a great help, and the people are awesome: dedicated, helpful.  But the program has a down side.  It costs time and money to obtain their bonding support.  So if a contractor could get federal and other projects without this extra step, why wouldn’t they?

Here’s what you gain, more or less, by graduating into a regular surety relationship: 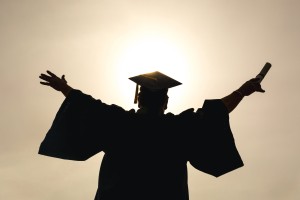 OK, so if graduating sounds great, how do you do it?

Step one: Ask the current bonding company to provide bonds without the SBA program.  If they do it, you can thank us later!

Step two: If they refuse, call FIA Surety!  We provide bonds for federal and local projects without the need for SBA support.  It takes a creative, experienced surety to graduate contractors.   FIA has been providing Bid, Performance & Payment, Site and Subdivision Bonds since 1979. We’re steady.  We’re willing.  We’re creative.

Here is surprising info about Bruce Nash, a key person at FIA Surety.

Bruce didn’t have a choice. His family was married to the lake.

Our Bruce was born in the beautiful town of Lake George, NY and he has two siblings. The main feature of the town is… obviously the lake. 32 miles long, with over 170 islands, this is a gorgeous Adirondack setting. And Bruce’s family had strong ties to it.

The family business was a marina his grandfather founded in 1928. Bruce grew up in the business where he did “everything.” They loved the water, and this meant boating and also sea planes flown on the lake.

Bruce’s grandmother was the first female commercial pilot in Warren County, New York and part of the WAACS (Women’s Army Auxiliary Corps) during WWII. Bruce’s grandmother and grandfather both trained pilots before, during and after the war.

This is his grandfather’s 1928 Garwood, “The Jug,” it was the super boat of its day. Some were called “Rum Runners,” because those equipped with V-12 engines could outrun the prohibition era police boats! Bruce’s grandfather was a Garwood dealer and bought it new. Bruce won dozens of awards for maintaining it in its original condition. 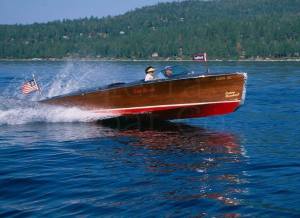 Bruce worked three jobs to put himself through college, a graduate of DePaul’s computer programming school in Chicago.

When boating season ends, upstate New Yorkers turn to winter sports. After college Bruce took a position with Bombardier Corp, a snowmobile manufacturer. Over the course of ten years he rose to become Director Systems and Marketing for the U.S. operations in Chicago.

His next employment was with the owners of The Robert Plan (Div. of AIG) where he became President of a boat manufacturing facility located just outside of Nashville, TN. After a few years he moved to N.Y. where he became Sr. VP and Chief Information Officer of their Assigned Risk Auto business. His Robert Plan boss left the firm to become president of FIA’s sister company First MCO, and he enticed Bruce to join him.

He became head of our IT department and is now the President and COO of our sister company First Managed Care Option, Inc. and ActiveCare Scheduling (a PT and Imaging Facility scheduling service.)

Bruce designed a state-of-the-art system for the managed care of auto and workers comp claims – which is the function of First MCO. This rapidly growing business currently employs eighty people and is housed at FIA’s Morris Plains home office.

He also developed a specialized imaging system that allowed FIA to move all its archived and active paper files into one central electronic location.

“IT Geek?” No, not Bruce! Like his grandfather and grandmother before him, he became an aviator. Naturally, this led to skydiving (gulp!). The snowmobile business inspired him to become an accomplished snow racer. He was also a SCUBA diver and moto-cross (motorcycle) racer!

Today, Bruce manages to skip most of the high-risk activities, but he is a Merchant Marine Captain and avid deep-sea fisherman.

Bruce brings great technical skills, plus a bit of “dash” to our FIA family. He is a valued member of the team!

He’s a CPA, but he only uses his powers for good… 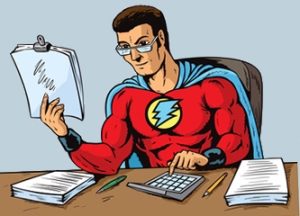 Glenn Runne was born in Kew Gardens, Queens N.Y. and grew up in North Bergen, N.J. He is the oldest of three kids.

His mom was a secretary and dad drove a truck. They also owned a neighborhood Bar and Grill for a few years.   From an early age they stressed the importance of a college degree. Typical for a “first born,” Glenn became a high achiever.

Glenn graduated North Bergen High School in 1972 and Montclair State University in 1976 with a BS in accounting and finance. He paid his own way through.

With a degree in hand, Glenn landed an accounting management position at N.J. Life Insurance Company. This gave him a strong foundation and he became a Certified Public Accountant in 1987!

A couple of years later, Glenn’s brother-in-law introduced him to Pat Lynch. Pat’s young company, First Indemnity of America Insurance Company, was in its second year.  Glenn’s expertise in accounting and taxes was a perfect fit. He joined the firm as VP and CFO in 1979.

In 2012 Glenn received the coveted “Chartered Global Management Accountant” designation.  This is international recognition of the world’s top professionals in his field!

With the help of his wife, Denise, Glenn raised 3 daughters: All college graduates with master’s degrees. Two girls became teachers and one is a certified public accountant. The apples fell close to the tree.

If you did the math you see that Glenn is one of Pat’s many long-term employee/colleagues. His work has expanded proportionately with our organization.  Currently, Glenn oversees the accounting for our seven companies which includes three audits. He is also responsible for all the tax returns, plus forty-five states where we file.  Whew!

The dedication of long-term colleagues like Glenn is one of FIA Surety’s greatest strengths.