Last week Patrick Lynch Jr. received glowing praise over our handling of a recent bond request.  He asked the agent, “Wow thanks, do you mind if we use that in our advertising?”  The agent refused!

Why?  He said he wants to keep us all to himself!    Gotta love it.

Are you that enthusiastic about your surety underwriters?  Find out what you’re missing…

Egyptian Proverb: “The Boat That Has Two Captains Sinks.” 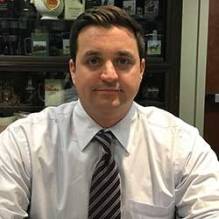 We can assure you; FIA Surety is stable and doing great – but we do have two Captains!  Read more:

Pat Lynch Jr. was born in Union NJ and studied culinary arts in high school. He worked in restaurants and was a catering manager.  His meteoric rise in the culinary world was tragically cut short when he realized he is allergic to carrots! Not wanting to give up every Christmas, Easter and Thanksgiving may have also played a role…

After graduating, Pat joined the company performing light construction at FIA’s new offices and later assuming an underwriting position under the guidance of his dad, Patrick Lynch Sr.

Over the course of 20 years, Pat has distinguished himself as an expert relationship manager.  His underwriting responsibilities place him in close contact with our agents and principals.  He has been uniquely successful in nurturing agency relations and has consulted with many of our clients to help them resolve problems and grow their businesses.

“We are a surety that works to solve problems and give clients a path forward.”

This positive attitude helps our clients and our company!

3 years ago, Pat was promoted to VP of Underwriting and Bond Manager. He is also president of ABSCO LTD. Inc. the holding company for FIA.  His expanded responsibilities are balanced out with his outdoor activities.  These include ATV riding and fishing.  Pat, like his dad Pat Sr., is a licensed sea captain.  Their forte is deep sea fishing 100 miles out on the continental shelf.  Pat looks to fight 500-pound tuna on these excursions!

At FIA Surety, we have two captains, but only one commander of the ship.  With the able-bodied help of Pat Jr., Pat Sr. has managed the company with a steady hand since 1979.

How did a fireman become the top executive of a bonding company?

Pat Senior (we have two) grew up in Newark NJ, the oldest of five children.  Since 1943 his family was the owner / operator of The Ark, a Newark restaurant, bar and liquor store.  Pat grew up in the business and at age 19 was thrust into a management role upon the untimely death of his father.

Pat proceeded to run and grow the business over the course of the next 20 years, building up their volume more than 10-fold! The business was concluded when the city took over the Ark property for construction of a new housing project.

For 14 years Pat served the city of Newark as a fireman. He survived the 1967 riots – a tragic period that resulted in the shooting death of his boss, Capt. Mike Moran Sr.

Pat served as a board member and finance chairman for the Shepherds of Youth Charitable Trust in Newark.  He was also chairman of the Veterans Hospital.

He became a professional lobbyist during these years, which gave him contact with group insurance programs and lead to the formation of an insurance company.  In 1979, First Indemnity of America, aka FIA Surety was born under Pat’s leadership!

The company started with six employees and occupied three locations over the years.  Our staff eventually grew to 40.  Our home office is now in beautiful Morris Plains, NW of Newark, NJ.

Today Pat is still “captain of the ship” FIA Surety, and is also a deep-sea fishing captain.  Two of his three children work in the business, and he boasts five grandchildren.

Pat built our business on relationships and he remains accessible to our agents and clients every day.

When was the last time you spoke to a personal friend of Joe Pesci and Frankie Valle? Ok, never? Well, meet our Claims Manager, Mr. Paul Alongi, Sr. 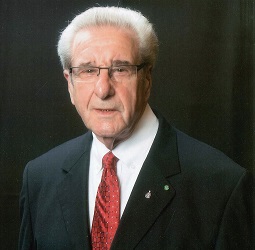 Paul was born in Newark, the oldest of four children and graduated from Barringer High School.  Joe Pesci and Frankie Valle were among his friends. Born with a love of music, he learned to play tenor sax at age 7.  As a big band member, his group backed up Connie Francis, Dion and the Belmonts, Tony Bennet, Xavier Cougat, Al Martino and others.  To this day, Paul is an active musician playing in several venues.

He was athletic, too!  Paul tried out for the NY Yankees in these early years.

Paul started his insurance career in the actuarial department of U. S. Life and studied for his law degree at night. In five years, he graduated from Seton Hall Law School and started his law practice.

Paul has served on the Bloomfield Board of Education (President), the New Jersey Commission of Investigations, and has also been a long-time leader in many community organizations, including: the Bloomfield Federation of Music and Civic Band, the Garden State Concert Band, St. Thomas the Apostle Parish and Finance Councils, Holy Name Society and Circle of Friends.

Paul is a highly experienced problem solver and, he is accessible to our agents and clients!  973-541-3414