Here are the facts: 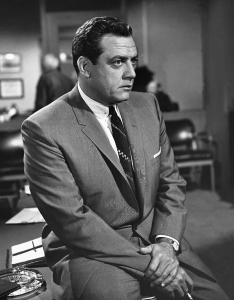 Our client thinks this a lucky break. Is it? Let’s review the implications when a bid bond requirement… vanishes.

Presidential was concerned that they may incur the expense of preparing their proposal and then not be able to bid in the absence of a bid bond. Now they are willing to proceed without first establishing their surety support. The new risk is that they could face embarrassment and loss of the contract if they cannot produce a Performance & Payment bond when required. (This job is large and beyond their normal bonding capacity.)

Keep in mind, the bid bond is the predecessor of the P&P bond and establishes the surety’s willingness to support the new contract.

Secondly, as a bonded contractor, Presidential now loses a competitive advantage over unbonded firms. With the bond waived, more bidders can come in, potentially driving down the profitability of the contract or likelihood of winning an award. Assuming there will still be a P&P bond required, waiving the bid bond really doesn’t help anyone.

What’s the best move for our client? We recommended continuing to pursue the surety support with the knowledge that no bid bond is stipulated. This is exactly how we handle private contracts when there is no bid security, but a final bond is required to cover the project. Using this approach, the surety can give their pre-approval so the contractor knows they can qualify for the final bond.

So where did the vanishing bid bond go? Turned out the next addendum postponed the entire project. No revised bid date has been announced.

The good news: We approved Presidential so they are ready to go when this job is again offered for bid. Case closed!

FIA Surety is a NJ based bonding company (carrier) that has specialized in Site, Subdivision and Contract Surety Bonds since 1979 – we’re good at it!  Call us with your next one.