For many contractors and their agents, the main thing they want to know about Bid Bonds is that they have them when needed.  However, the successful management of the bid bond account requires controlling a number of elements. Let’s review them.

The bid bond facility consists of a single and aggregate limit. The “Single” is the maximum size project that can be bonded (without a special exception), and the “Aggregate” is the maximum combined exposure on the bond account at any given time.

Bear in mind, the bonding company does not want to know the actual bid amount prior to the bid opening. When requesting a bid bond, the underwriter is given the approximate bid / contract amount in order to preserve the bid confidentiality.

While it is true that the penal sum of the bid bond, if expressed as a “percentage of the attached bid,” will automatically adjust up or down to the actual bid amount, a problem arises if the bonding company issues a “capped” bid bond.  This means it cannot adjust upward beyond the amount stated on the approved bond request. If a capped bid bond is used, the contractor will invalidate the bond, and their proposal, if the bid exceeds the amount approved by the surety. 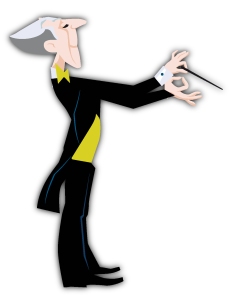 1. The first rule in managing the bid bond account is to request the bond for an amount sufficiently high to accommodate last-minute increases.  This avoids the temptation to bid above the approved amount – a practice that is damaging to the surety relationship.

2. The second important guideline concerns the aggregate capacity.  The aggregate calculation is made on a daily basis and includes the incomplete portion of open projects, jobs signed but not started, awarded projects, low bids, plus undecided bids. As a result, a portion of the available aggregate will be unnecessarily consumed if bid estimates are rounded up unnecessarily high. In our example, if the contractor calculated a $510,000 bid and requested approval for $600,000, they may needlessly consume capacity that could have remained available to support another bid.

3. Another point, submit the bond request early enough to allow time for discussion and processing.  Usually a couple of days is needed.

In conclusion, when requesting bid bonds, round up the estimated contract amount to allow for last-minute increases, but remember to preserve aggregate capacity for future bids.

Allow sufficient time for processing and keep in mind, to the decision makers, it is not “just a bid bond.”

FIA Surety is a NJ based bonding company (carrier) that has specialized in Site, Subdivision, Bid and Performance Bonds since 1979 – we’re good at it!  Call us with your next one.