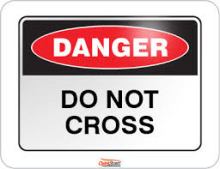 Bonding Lines of Authority are always in play when it comes to surety bonds.  However, they are available (or unavailable) in varying degrees to underwriters, agents, and contractor accounts.  Let’s look at where they come from, how they work, and how to get one – and keep it!

It did not start “a long time ago in a galaxy far, far away….”  In fact, you could argue that it does not even start in the home office of the surety. The ability and the authority to make underwriting decisions on Bid and Performance Bonds is often the result of a negotiation with the surety’s reinsurers who share in the risk / rewards of the underwriting.  The reinsurance treaty provides underwriting guidelines and specific limits of capacity.  Letters of Underwriting Authority are derived from this.

The highest level of decision-making authority is held in the home office of the surety.  Lesser amounts are then delegated to branch office managers, their respective surety department managers, bond supervisors, and underwriters. The authority we have described thus far consists of general decision making authority; it is not “account specific.”

When individual accounts are approved for ongoing surety support, senior underwriters may choose to delegate a portion of their authority to other underwriters to help process the day-to-day bond requests more efficiently. These are the people you are likely to get on the phone when you call the surety’s office. Call them “line” underwriters for a different reason – they are directly in the line of fire with the surety’s agents and contractors.

This client specific authority has a normal set of underwriting criteria (i.e. no overseas contracts, excessive bid spreads, etc.) plus maximum dollar values for a single bond/contract and for aggregate capacity.  Call us at 856-304-7348 if you don’t have Secrets # 9 & 38 which cover aggregate capacity. There is also an expiration date which is normally a few months after the clients next FYE (*what’s that?) Such lines of authority are referred to as Bond Lines.

The surety underwriter may in turn delegate some portion of the bond line to the agent.  This is a major step because it is being transferred to a person who is not a direct employee of the surety – and therefore less responsible to the surety for their actions.  Keep in mind, this decision-making is serious business. The underwriters are literally the custodians and guardians of the surety’s assets.  A Performance or Payment Bond claim can cost millions for the surety.

Agency authority may be issued to a specific person rather than the agency itself.  This assures a level of accountability and facilitates a periodic underwriting audit.

Don’t Cross That Line (of Authority)

Picture the chain of authority from the reinsurers down to the line underwriter and maybe the agent, too.  Each level of authority is granted based on confidence in the honesty, knowledge and dependability of the recipient.  When line underwriters miss-handle a situation, they must answer to the department manager.  That manager also has to answer to a higher up.  Each person’s individual credibility is at stake.

Whatever the reason, underwriting authority is dependent on the trustworthiness and professionalism of the recipient.  When this is shattered, when that line is crossed, senior underwriters will never forget!

If you receive a Letter of Authority, be conscientious and conservative when exercising it.  Print out a copy and refer to the details before acting.  Also consider double checking with the person above you before making a final decision.  Just because you have the authority, it doesn’t mean you must decide on your own.

A line of authority can be a great asset, but you if you cross it, you may lose it!

FIA Surety is a NJ based bonding company (carrier) that has specialized in Site, Subdivision, Bid and Performance Bonds since 1979 – we’re good at it! Call us with your next one.

Don’t want to miss our next exciting article?  Click the “Follow” link in the upper right corner.